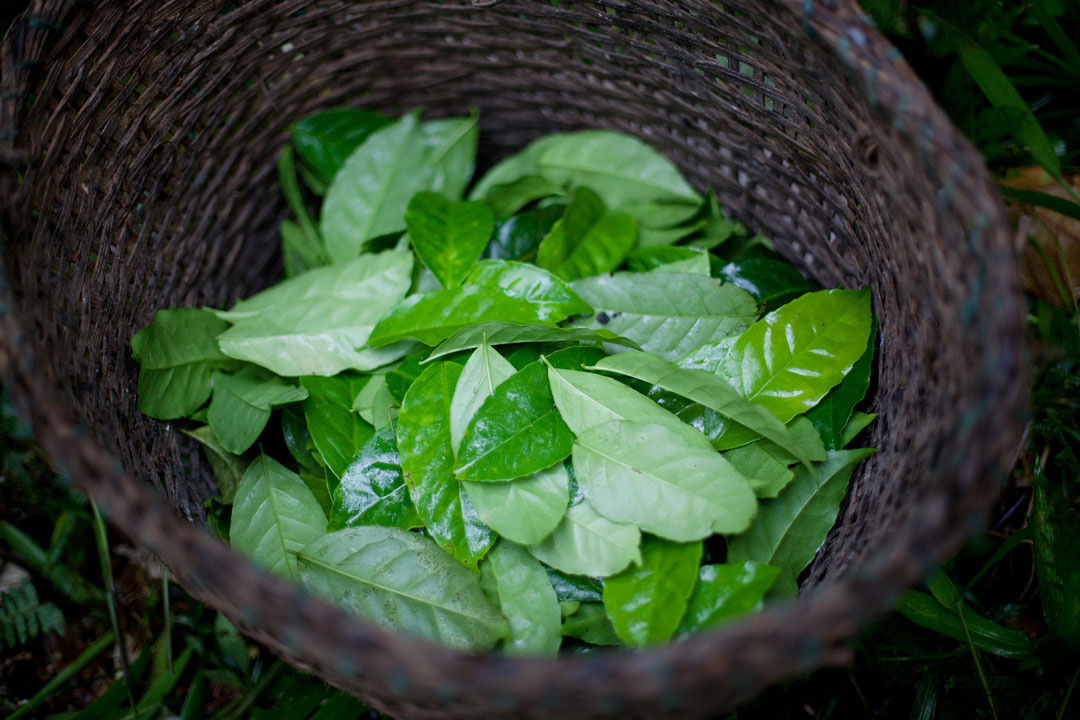 AFS is pleased to announce it is the exclusive owner of U.S. Patent #9345707, a process patent that covers the production of enriched natural guayusa, from a single source plant, containing antioxidants, amino acids and caffeine.  The purpose of this process patent is to create a highly water soluble energy ingredient for a healthier application of caffeine, chlorogenic acid antioxidants, catechins antioxidants, and trace elements of other nutritional compounds.  Guayusa extracts made with this patented process are easy to work with in formulation as a featured ingredient for an RTD tea-like beverage or used to produce a functionally enhanced beverage.

Guayusa – Ilex guayusa – (pronounced “gwhy-you-sa”) is a caffeinated leaf of the holly species that grows only in the upper Amazon region. Guayusa is not related to camellia sinensis used to make green or black tea varieties.  Instead, guayusa is a cousin plant to yerba mate. However, guayusa is uniquely different in that it tastes sweet, not bitter, and has a distinctively different polyphenolic antioxidant makeup.

In combination with this patent release, Applied Food Sciences is launching its newest branded ingredient offering, AMATEA™ guayusa extract – a highly water soluble ingredient for the application of focused energy intended in beverages and nutritional supplements.  AMATEA™ has a unique fingerprint standardized at 20% caffeine, 30% chlorogenic acids, 5% catechins, and contains other beneficial compounds.  Because it is low in tannins, AMATEA™ is not bitter, dry, or chalky tasting like many other more astringent tea extracts.  Instead AMATEA™ is naturally sweet to complement a variety of flavors.  AMATEA™ is also clear in solution, as well as non-GMO, GRAS (Generally Recognized As Safe), and organically grown.

“Customers are calling our guayusa ‘focused energy’ because the caffeine helps stimulate the mind while the polyphenol antioxidants balance that effect in the body,” says Brian Zapp, Director of Marketing at AFS.  “AMATEA™, therefore, is usually experienced as a bright and clear energy.  We see this offering meeting the growing demand of functional energy and cognitive health products that are geared toward modern working consumers seeking a calmer nervous system and less agitation to go with alert mental or physical energy.”

Applied Food Sciences recently published a white paper on AMATEA™ guayusa extract promoted in partnership by New Hope® Natural Media. This beautiful white paper gives more details on the history of guayusa and the science behind why this unique source of energy has been revered in the Amazon region for over a thousand years.

“AFS immediately started generating science to help researchers understand the synergies with caffeine among other naturally occurring compounds and how they impact physiological and hormonal biomarkers in the human body,” explains Chris Fields, AFS’ VP of Scientific Affairs.  “Initial clinical research utilizing AMATEA™, when compared to synthetic sources of caffeine, demonstrated guayusa’s ability to help regulate epinephrine upon caffeine ingestion.  This is significant because providing a conventional energy ingredient that typically works through stimulation of the central nervous system, like caffeine, with one that may help regulate neurotransmitter functions within the body, could be a critical benefit to the cognitive energy category.”

To download the white paper please go to http://www.newhope.com/webinars-toolkits-and-downloads/amatea-guayusa-extract-white-paper.

Applied Food Sciences, Inc. (AFS) is an international ingredient supplier that provides solutions to the industry for creating the healthiest functional products imaginable in beverage, food and nutritional supplements.  With their newly opened Innovation Center at the University of Iowa​ Bio-Ventures Center, AFS develops ​novel ​natural and organic ingredients that are highly ​scientifically qualified, ​water soluble, sustainably and ethically sourced, Non-GMO and GRAS.  Visit their website www.appliedfoods.com or email their team info@appliedfoods.com to learn more about AFS and their ingredient offerings. Customers can also call 512-732-8300.